LIPA Primary School is a Free School. Free Schools are new state-funded schools that are free from Local Authority (LA) oversight. The governance model we have chosen is the Single Academy Trust.

As the school's governing body is independent and has responsibility for operating and directing the affairs of the school, good governance is particularly important. Achieving it requires not only talented individuals willing to serve as governors, but also a governance model which allows for effective and informed decision making.

The levels of responsibility within the Trust are as follows:

Members - who are drawn from the LIPA Members - establish the trust and set out the constitution of the school, through signing its memorandum and articles of association. They appoint and dismiss members of the governing body;

Governors/Directors/Trustees – who oversee the running of the school, determine its strategic direction and who are accountable to both the Members and the Secretary of State through the governing body;

The Head Teacher of the School – who is responsible for the day-to-day running of the school and who is accountable to the governors/directors/trustees.

Flo Clucas OBE LL.D(hc), Cavaliere, was first elected to Liverpool council in 1986 and held a number of portfolios including that of Deputy Leader of the Council. Flo was a board member of Tate Liverpool and Liverpool Science Park and did extensive work on EU Funding programmes for Liverpool and the North West. She founded Hands Across the Sea after the Asian Tsunami which did extensive work in Sri Lanka. She retired from the City Council in 2012, though she continued to work on EU programmes.

Flo was a member of the Committee of the Regions 2002 to 2012, and was both  President of the ALDE group and President of the CoR Commission on the EU Budget post 2013. She is currently Finance Spokesperson for the Council European Municipalities and Regions. Flo is mentor for women in politicians in Africa with the Westminster Foundation for Democracy and has been a Consultant for the National Democratic Institute in the US.

Flo moved to Cheltenham in 2012 and became a councillor in 2014. She is currently a Cabinet member and has Culture as one of her responsibilities.

A teacher by profession Flo’s range of experience covers primary, secondary and tertiary education. She was a LIPA Council member and later became Chair of LIPA from 2000-2009. Flo is a LIPA Member and is Chair of the LIPA Primary School. Flo is a former visiting Fellow at the Heseltine Institute.

Flo was appointed OBE in 2005, awarded the Order of the Star of Italian Solidarity in 2009 and an honorary doctorate by the University of Liverpool in 2013.

Mark is devoted to teaching and learning and, for example, recently joined the ‘Reassessing Assessment’ initiative. His background includes acting, editing and journalism. He has the usual clutch of qualifications, including a Master in Education. He was responsible for a variety of start-ups either on his own or with friends, which included three private vocational FE colleges and a TV production company for C4. After watching Alan Parker’s film Fame, he decided his next step was to start a performing arts high school without appreciating quite how hard it was going to be and the years it took. With the support of Richard Branson, the British Phonographic Industry and the UK government, he created The BRIT School, near London, with its fresh, institute-wide curriculum. George Martin had introduced Mark to Richard and went on to introduce him to Paul McCartney, who was concerned about the empty, decaying building that once housed his secondary school in Liverpool. So, with Paul’s help, he restarted the arduous job of raising money to turn a 19th century building into a facility that could house the major skills that needed to be taught to put on an event. He went on to be Principal/CEO of LIPA’s HE provision since inception. He then created LIPA Primary School and then LIPA Sixth Form College. His hope is to create a LIPA High School to complete a youngster’s learning journey from 4 to 22 and to realise again the dream he had when he first saw Alan’s film. 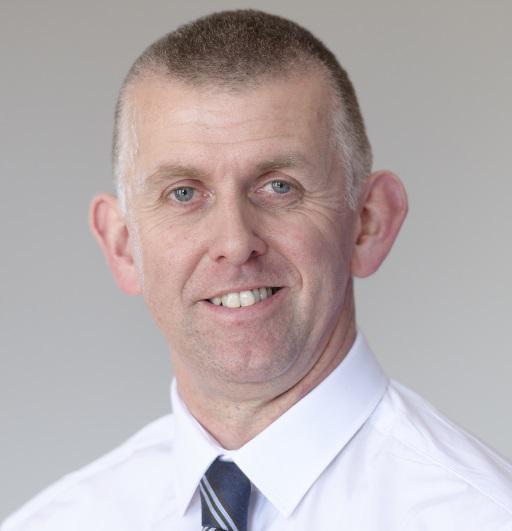 Mr Currie has been teaching since gaining his honours degree with Qualified Teacher Status in Primary Education and Religious Studies from Edge Hill University in 2001. Since then, he has taught in three very different schools and lectured in a leading university. In 2009, Mr Currie gained the National Professional Qualification for Headteachers (NPQH), and became Headteacher of Mawdesley St. Peter’s CE Primary School. In 2014, he became Head of Primary Education at Edge Hill University, leading the design and delivery of innovative programmes providing an exciting opportunity for students to train to teach in Key Stage 1 and Key Stage 2. In September 2015, Mr Currie secured his third headship which at All Saints Church of England Primary School. It was at All Saints that Mr Currie worked with the team to launch high quality school based Nursery provision for the families of the village. In 2019 Mr Currie was delighted and honoured to be offered the post of headteacher at Trinity School. Mr Currie loves the buzz and challenge primary and early years education in schools. His approach is centred around creating an inspirational curriculum, full of opportunities and experiences, coupled with innovative teaching and learning. He works to ensure children receive the very best education which inspires them and prepares them for later life.

For the past two years, John has been Chief Executive of Drug Free, a Liverpool-based charity, and has extensive experience of working with disadvantaged people in the community. He is also a carer advocate for the Brain Charity and Liverpool City Council, working with parents and carers of children with physical, mental or behavioural difficulties. John also spent several years working at Toxteth Citizens Advice Bureau.

Ruth is a Parent Governor.  She has a daughter in Year 6, a son in Year 3 and another son due to start in Reception next September. She is a primary school teacher and has taught from Reception up to Year 6.

Nichola is Assistant Head of the Department for Children, Education and Communities at Edge Hill University, and teaches on the Primary PGCE and on the BA (Hons) Primary Education with QTS. Among other tasks, she maintains a strategic overview of developments in teaching, learning and assessment in line with Faculty and University policy and practice.

Unfortunately not the ones with chocolate chips.

Some cookies are necessary in order to make this website function correctly. These are set by default and whilst you can block or delete them by changing your browser settings, some functionality such as being able to log in to the website will not work if you do this. The necessary cookies set on this website are as follows:

Cookies that are not necessary to make the website work, but which enable additional functionality, can also be set. By default these cookies are disabled, but you can choose to enable them below: